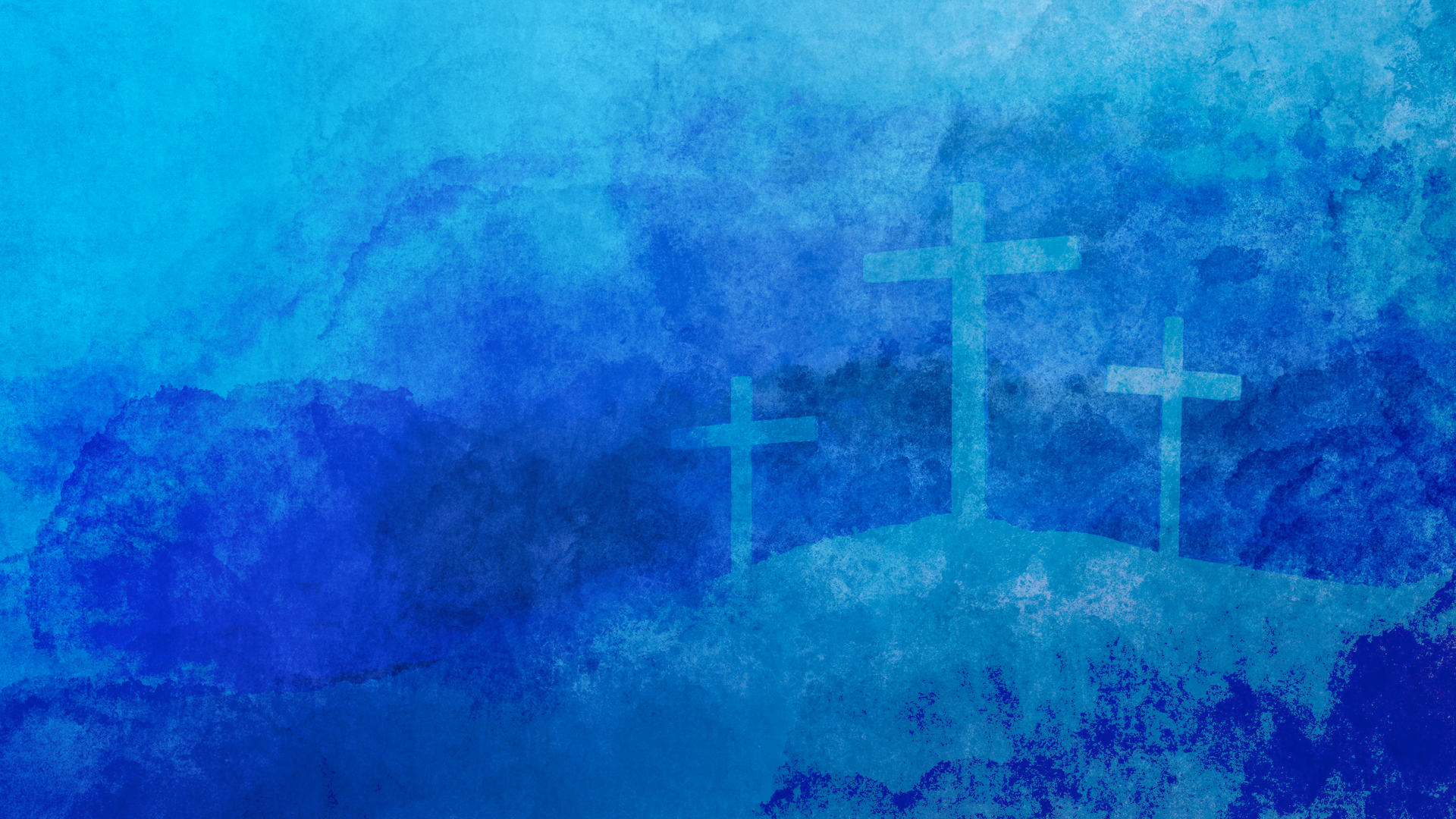 Our Lady of the Rosary Parish had its start in 1907. Before that time, local Catholics attended Mass in the town of Niles. When the Western Pacific Railroad lines came through town and an influx of people was anticipated, two lots were donated to the Catholic Church. The first Mass was celebrated in a Hall owned by Albert Silva at 10th and “I” streets in April 1907. The Hall was destroyed by fire in 1952. On October 13, 1907, the first Mass at the new Mission Church located at 13th and “H” streets was celebrated by Fr. Dominic Governo of Holy Ghost Church in Centerville. The new church was dedicated to the Holy Rosary, and was thus named “Our Lady of the Rosary.”

The church on 13th and “H” streets remained a mission church for 43 years until Fr. Ralph Duggan became Administrator in August, 1950. In 1951, the land where the parish is currently located was purchased from a local farmer, Teleforo Sanchez. Construction then began on a religious and recreation hall at 6th and “C” streets, largely with volunteer labor. This is the building which is currently our Parish Hall. The Hall was dedicated on October 7th, 1952 – the Feast of Our Lady of the Rosary. Ten days later the church on 13th and “H” streets was destroyed by fire. Fireman Antone Alcosta ran through the burning building to preserve the Blessed Sacrament. The Hall was converted into a Church, and all services were held there until 1960.

Father Thomas Rielly, the parish’s first Pastor, started a building drive in May, 1959 with a goal of raising $200,000 to build our present Church and Rectory. Our present church was dedicated by the Auxiliary Bishop of the Archdiocese of San Francisco, Merlin Guilfoyle, on March 13, 1960. The bell tower was added to the church in May, 1964. What is now the Parish Office Building was built in the late 1960’s as a convent for the Franciscan Sisters of Malta, who staffed the parish school until June, 1973.

Seeing the need for some specialized work in the area, the Franciscan Fathers came to the parish in June, 1961. Father Leonard Herzberg was assigned as Pastor, followed by Father Bruce Pardella in 1967. The Franciscans remained until the Diocesan priests were once again assigned to the parish with Father George Crespin becoming Pastor in 1971.  After Father Crespin was assigned to another parish in 1979, the parish has been led by Father Ricardo Chavez (1979-1982), Father Thomas McCullough (1982), Father Robert Freitas (1982- 1984), Fr. José M. León (1985-2014), and Fr. Jesús Nieto-Ruiz, who was assigned as Pastor on his birthday, November 1, 2014, and continues to serve in that capacity to this day.

Our parish celebrated its 100th Anniversary in 2007.  As part of a year-long celebration named 100 Years of Faith, a book of parish history of the same name was published.  The history that appears above is a summary of our history -- the book provides our history in much more detail.

The book on the first 100 years of parish history can be read by clicking here.

The time capsule is to be opened at the parish's 200th anniversary celebration, which would take place in the year 2107.  The items that it contains should provide future members of the parish information on who OLR parishioners were, what activities they were involved in and which organizations they belonged to, the music that they sang at Mass, and a variety of other facets of parish life.

These are the items that are in the time capsule:

The parish's Chinese Community purchased a magnolia tree that was planted across from the Church in the field -- it's location is marked on the parish site map.

The Chinese Community chose a magnolia tree as the centennial tree as it symbolizes abundant life.

OUR LADY OF THE ROSARY SCHOOL

Our Lady of the Rosary had a parish school that provided instruction for students in grades kindergarten through eighth. The history of the school was never published in the same manner as that of the parish, but later versions of the school handbook included a section related to school history.

Our Lady of the Rosary School opened in September of 1967. Bishop Floyd Begin wanted a Catholic School in our community, as he thought that Union City's population was too large not to be served by a Catholic School. Fathers Leonard Herzberg and Fr. Bruce Pardella were the Franciscan Priests serving in our Parish at the time, and were responsible for “getting the school off the ground.” The Franciscan Sisters of Malta were put in charge of running the school.

The school's main classroom building was the large building that is on the edge of the parish property that borders 6th Street. It was acquired from the former Decoto School, which removed the building to construct a new school facility on its site bordered by 6th and 8th streets and "G" and "H" streets. That property is now the site of the New Haven Adult School.  From what we can tell, the building was originally built around 1924. The building was separated into several sections, relocated to its present location, and reassembled to provide classrooms for the parish CCD program (if one knows what to look for, there are tell-tale signs of where the building was separated before it was moved). Before it became classrooms for the new parish school, it was renovated. The building that exists on the parish property today is actually half of the size of the original school building that was moved from the Decoto School site to our parish -- the original building was "L" shaped. The other part of the building was situated along the property that borders "B" Street. Due to budget constraints, it was never renovated. It was later removed to provide the space needed to build the convent to house the sisters that ran the school.  If one goes today to the corner of 6th and "H" streets and looks at the multi-purpose auditorium of the former Decoto School, he or she will notice that it looks much older than the rest of the school -- that is because this building was formerly part of the school buildings which were moved to our parish site.

In June of 1973, the Mother Superior of the Franciscan Sisters withdrew the order from the school, since she felt that the semi-cloistered sisters were becoming too involved in the local community, which could have caused some of them to leave the order. A sister from another school became Principal, and it was at this time that the balance of the school staff was filled by lay employees.

Over the years there were several changes in Principals and other personnel. Many of these people were successful and left their mark on the school, but found that their work had many demands and challenges.  In its later years the school's main challenges were financial in nature.  As the sisters left the school, much higher salaries had to be paid.  The parish had subsidized the school, but due to its own financial challenges, decided that it could no longer provide the subsidy.  In 1974 the school almost closed, but parents rallied, increased fundraising efforts, and closure was averted.  A Mass of thanksgiving was held on a Sunday in gratitude over the saving of the school.  A Friday Night Bingo game started that fall and provided much-needed income for a number of years that followed.  Other financial crisis occurred in 1992 due to a large decrease in enrollment (enrollment dropped to just under 100 students and the school was never again able to achieve a full enrollment of 225) and in the late 1990's due to the dot com bubble -- the parents of a number of school families worked in the high-tech industry, and when those jobs were eliminated, they could no longer afford to pay full tuition.  Increasing the enrollment of the school was challenging in later years as the local school district was well-recognized for academic excellence.

The parish and school administration decided that the school would serve all families that desired a Catholic school education for their children, regardless of their ability to pay.  This philosophy rose from the fact that if the school did not have full enrollment, filling empty seats with students truly wanting a Catholic education would help the school as there would be some income where there would otherwise had been none.  The school was proactive in securing scholarships for its students from sources such as the Diocesan FACE program, the BASIC Scholarship program (Bay Area Scholarships for Inner-City Children) and the Guardsmen. For those students receiving scholarships, the scholarships did not cover the entire cost of tuition, so the families would pay a reduced amount of tuition to the school. In many cases the reduced tuition was lower than the "gap" between full tuition and the scholarship money received, and this resulted in a "de-facto" school scholarship that was offered by the school itself.

With other schools facing similar circumstances, the Diocese of Oakland School Department started procuring grant money to assist its schools. In later years, the grant money that was available was being reduced, but the schools' expenses were still increasing. This resulted in the Diocese ultimately covering the schools' economic shortfall. This was beginning to take its toll on the Diocese, which had to make a difficult decision in 1997 to close a number of schools and merge seven others together into a network school. Our Lady of the Rosary School was one of the schools that was closed.  This came at an ironic time:  the school was just starting to plan the events that were to celebrate its 50th anniversary.